“Walking home along the High Road’

Held in the Memorial Hall 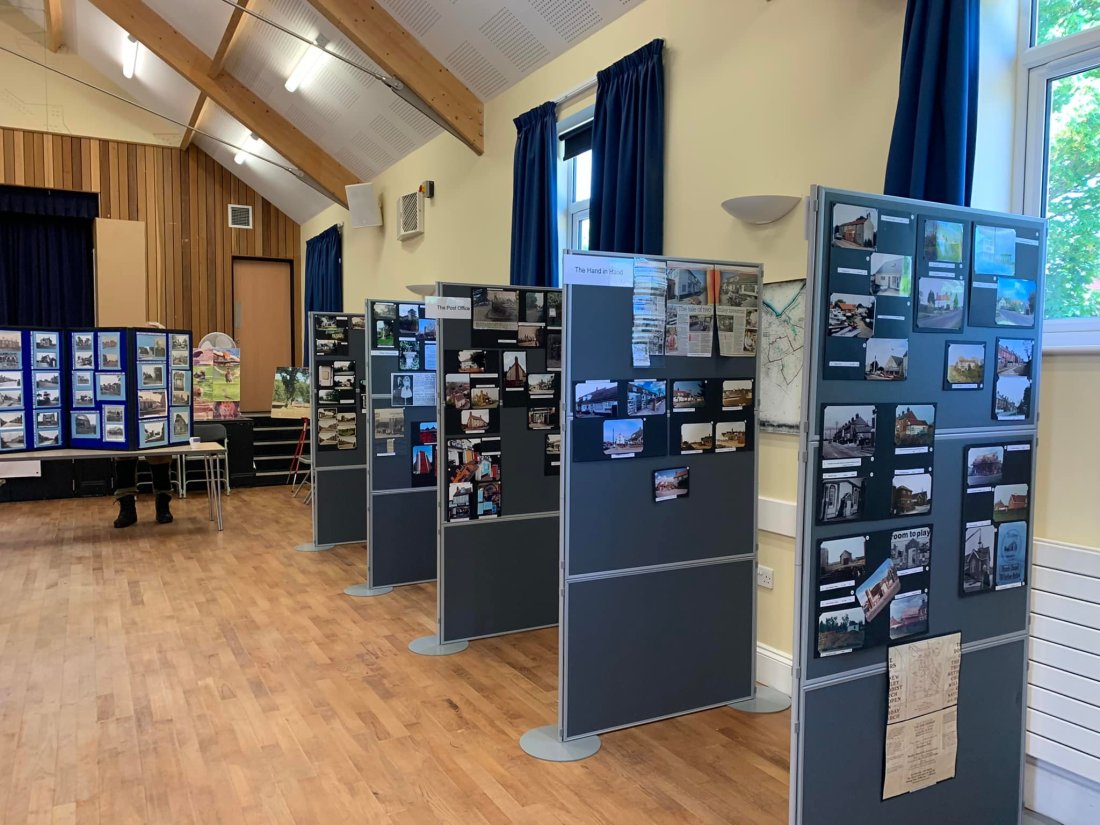 ‘Walking down the High Road’.

As part of the Queen’s Platinum Jubilee celebrations, Trimley St. Martin Parish Council organised a Photographic Exhibition in The Memorial Hall with over 450 images of the two Trimleys. The period  covered was 1952 to 2022, the time span of the Queen’s reign. The arrangement of the exhibition was based around an old adage, “Walking home along the High Road’. (During the course of the Exhibition, I found out the origins of this poem/adage but will leave you wanting more on this front…)

The photographic walk started at Morston Hall Road and  went as far as the old ‘Feathers’  in Walton’. But of course, other roads, fields and shorelines were covered as well as some of the people who have lived here in the last seventy years or so.

Timelines are fluid as well as artificial and we decided not to be inhibited by dates. Images of an earlier Trimley were covered, courtesy of John Smith who generously gave his  time, expertise and imagery to the exhibition.  However, there was a significant focus on 1970 onwards when things truly started to change in Trimley.  Some contemporary images were included to record  the measure of these changes.

The exhibition was something of a miscellany and driven by the availability of legacy photographs as well as the generosity of individuals who have provided images from their domestic collections. You may question  why there are absences?  This is not intentional. If you have photos of missing events, you are welcome to send images to:

They will be preserved by the Trimley St. Martin Village Recorder in the archives and  included in any subsequent heritage events celebrating the Trimley villages.

Written material included: a short history of Hand Row; a dossier of information about the Trimley By-pass; Recorder’s Blogs; ephemera from various S.A.I.N.Ts’ productions. Alison and David Vickers recently created Walks in the two Trimleys, with nature notes and Gazetteers were also on display. Almost too much to see in one small exhibition.

Many people came through the doors over two days. As well as looking at the photographs and other resources, they had the opportunity to reconnect with each other, discussing who did what and when. Some people came on both days, bringing their family. Some phoned or messaged friends to come immediately. One person found a youthful image of her grandfather born in 1880. Just about everyone expressed their pleasure at rediscovering what has disappeared from the Villages and what remains. And over arching all of this was their pride and affection for the two villages.  As we await the arrival of new residents, it seems important to pass this on.

While working on the Exhibition we asked ourselves, ‘Will anyone come?’  Well, yes, they did. In their hundreds. Huzzah!

We also asked ‘What is History?’  The answer is, YOU and everyone who came before over many Millenia. 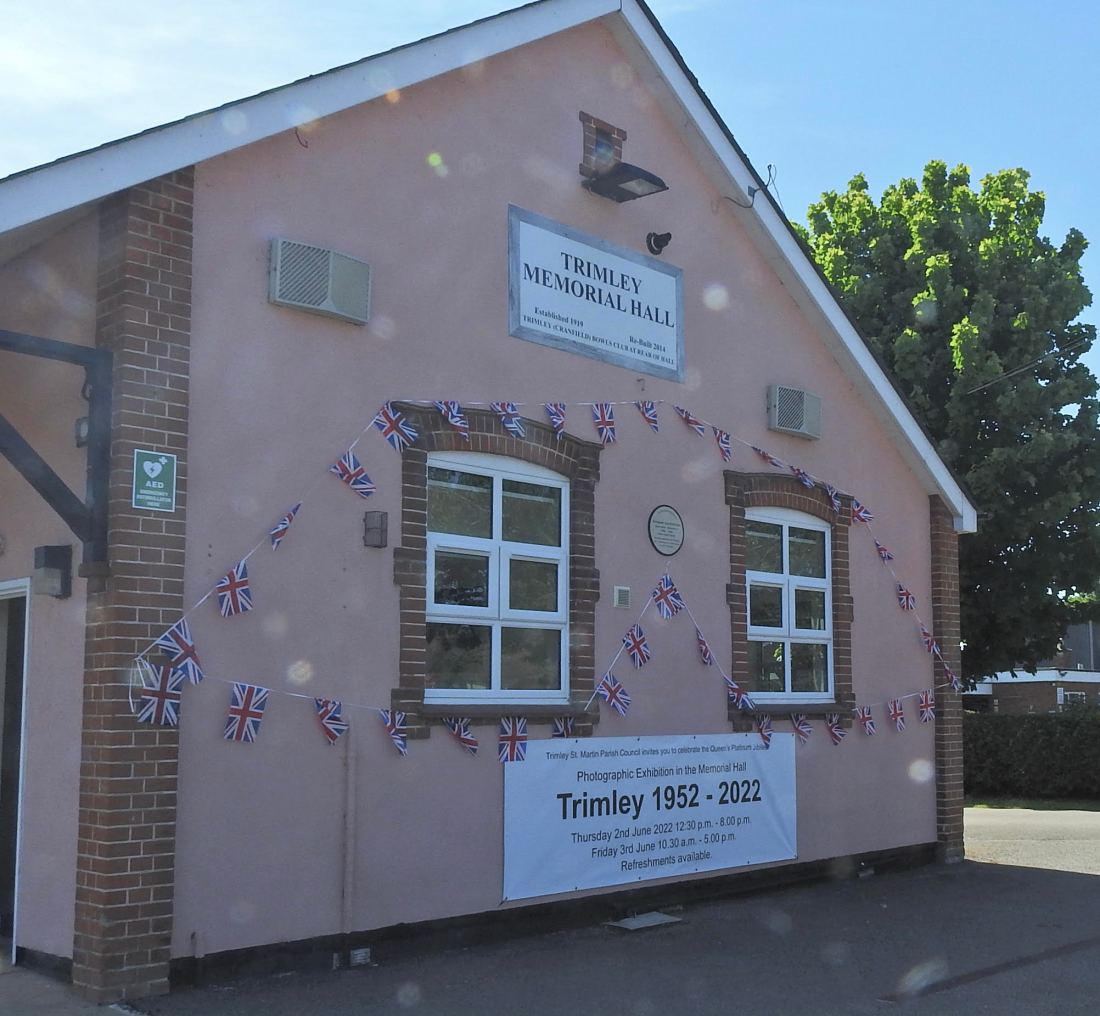 The Memorial Hall in Jubilee garb 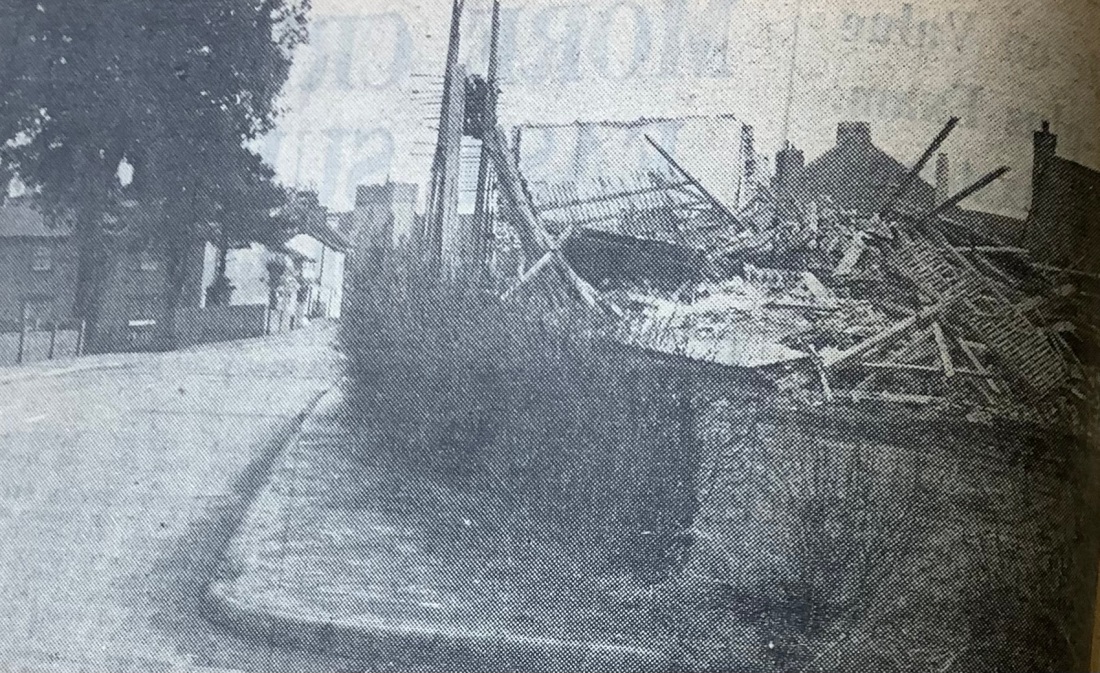 The Lodge, demolished 1961. Now the site of Reeve Lodge.

The Children of Trimley made an appearance…

Open top bus on the A14 from the pedestrian bridge

Trimley Shore in the early morning, 2018 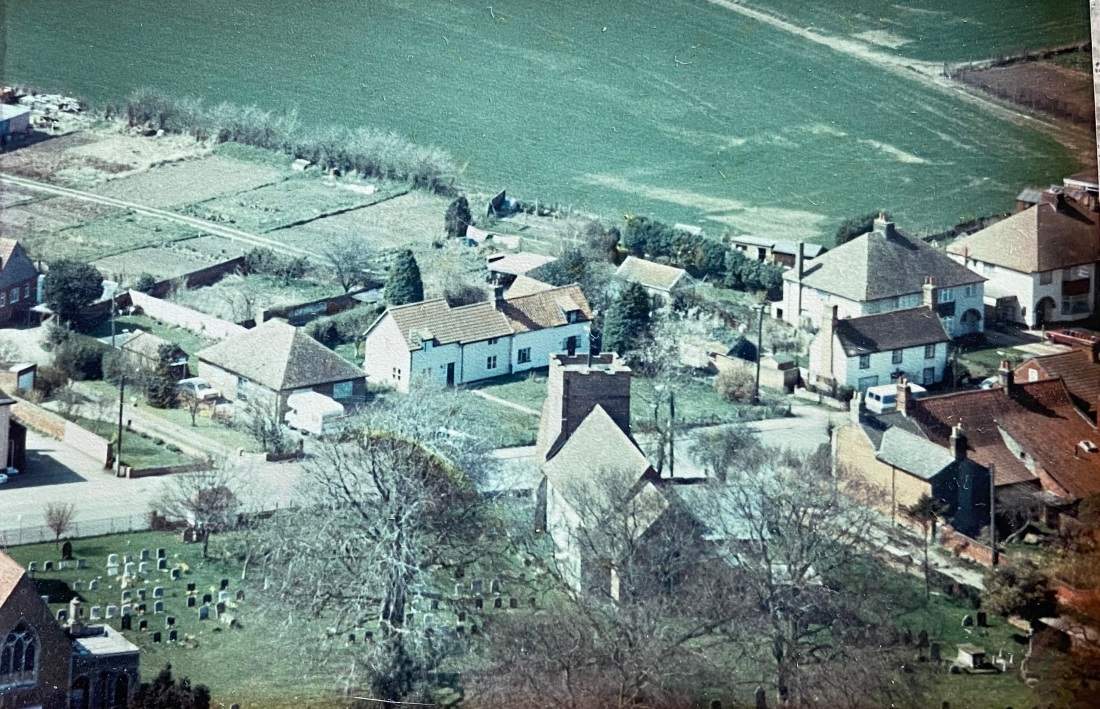 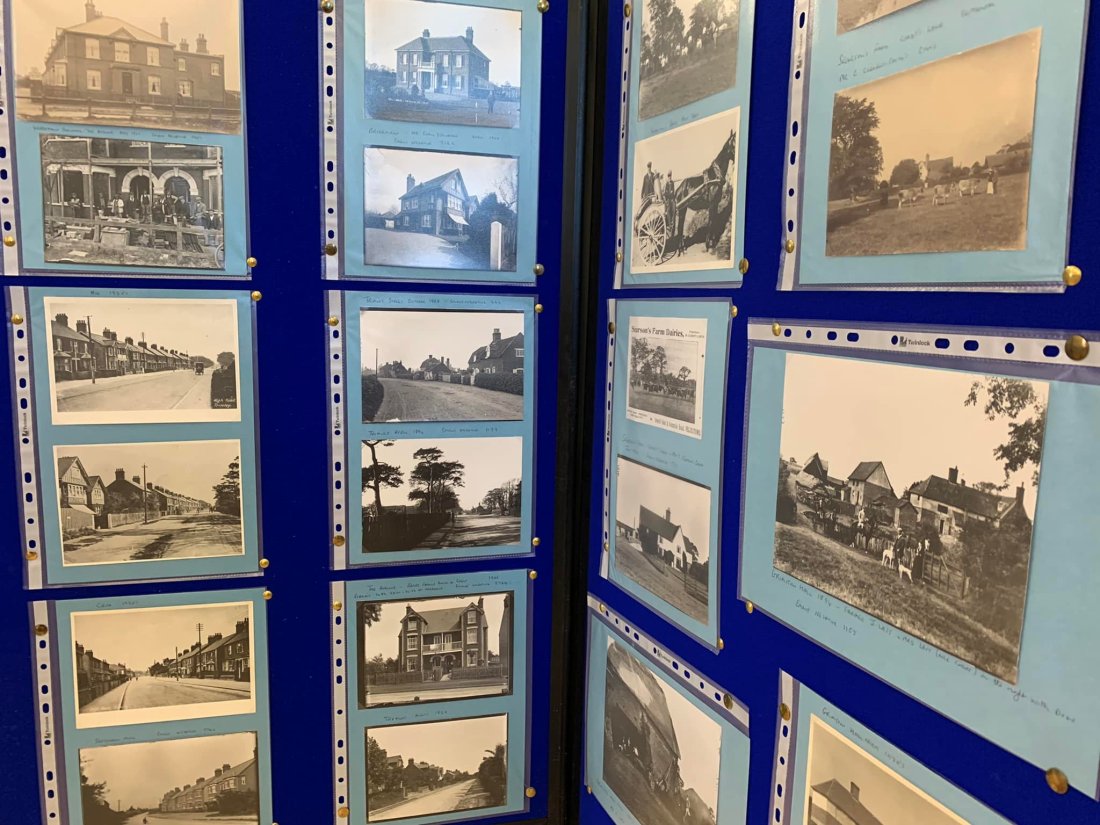 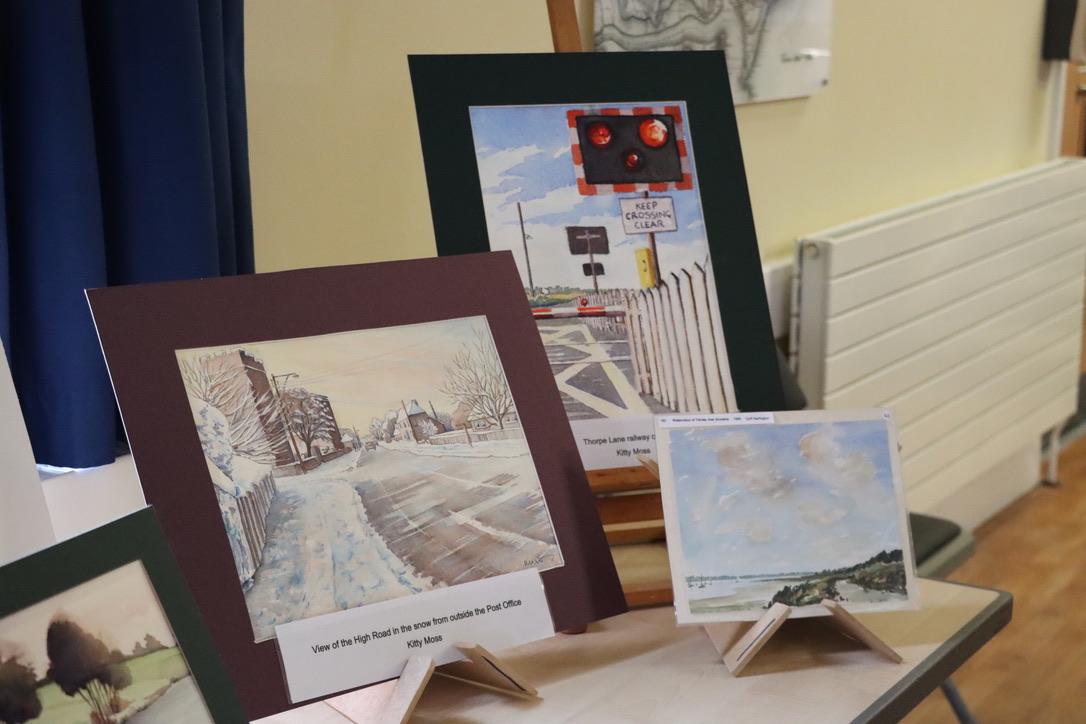 Early visitors to the Exhibition

Pondering something every day